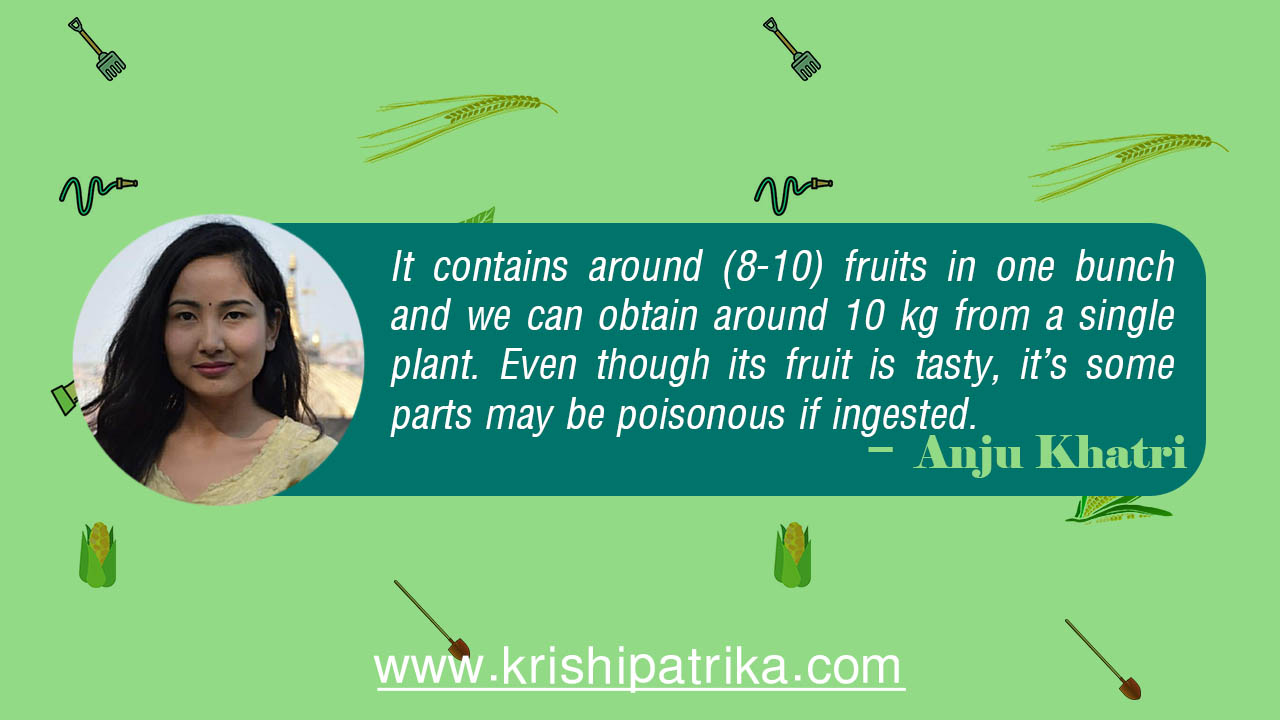 Black tomatoes (indigo rose), the most uncommon commercial tomato in the world, contain a variety of essential nutrients and important phytochemicals. Although the official red tomato is widely explored and consumed, these new genetically modified nutrient-packed black tomatoes are yet needed to be explored. It is the first improved tomato variety that has anthocyanin in its fruits. The genetic basis underlying the phenotype of purple tomatoes guides an understanding of these varieties which were introduced over 10 years ago. Because it can be cultivated in any type of climate its production can be done annually. Loamy and sandy soil is preferable for its cultivation.

The major component which makes black tomatoes different from red tomatoes is “Anthocyanin” (natural water-soluble vacuolar pigments). The term anthocyanin was first used in 1835 by L.C. Marquart to indicate the blue pigments of flowers. In the early 20th century, these pigments, whose colors range from red to purple to blue, were first isolated and chemically characterized by Richard Willstatter. A wide range of different anthocyanins has subsequently been extracted from flowers, fruits, seeds, roots, and leaves, thus increasing the size of this subclass of polyphenolic compounds belonging to the larger class of flavonoids. Anthocyanin is glycosylated, polyhydroxy or polymethoxy molecules, formed by two aromatic rings connected by a C3 bridge to a benzene ring. These pigments are water-soluble and mainly accumulate in the vacuole of plant cells: they are odorless and flavorless, although their presence in edible fruits and vegetables gives a slightly astringent taste. Black tomatoes are named for their dark, black-purple coloring. They are medium-sized, beefsteak-type tomatoes with a flattened globe shape. The outer skin is dark maroon although with sufficient sunlight and heat they can almost turn black. The flavor is intense, with a sweetness that is balanced by a touch of acidity, giving it a slightly distinct salty taste. It can adapt well to adverse conditions in a wide range of climates. It is believed to be originated in Ukraine, Russia. Due to its numerous benefits, it succeeded to make its way up to Mexico, the US & around the world.

Its height is around (4-6) feet with a spacing of (45-60) cm. To achieve proper results it should be exposed to full sun with proper water supplies. It contains around (8-10) fruits in one bunch and we can obtain around 10 kg from a single plant. Even though its fruit is tasty, it’s some parts may be poisonous if ingested. It requires about 4 months for proper nourishment.

PROSPECTS OF BLACK TOMATOES IN NEPAL

Tomato is also known as the poor man’s apple in Nepal. Despite being an agricultural country Nepal imports tomatoes largely from neighboring countries. It is grown throughout the year in recent years in Nepal due to the introduction of the plastic house for off-season production. The central development region is the highest consumer of tomatoes compared to other regions of the country. The average national consumption of tomatoes was found 11.97Kg/person/year in Nepal.

There are around 7500 tomato varieties grown for various purposes (FAOSTAT database 2016). Black tomatoes are becoming increasingly popular, particularly among home gardeners and organic producers, since they tend to produce more interesting and flavorful crops at the disease resistance and productivity. So the future of black tomatoes farming is prosperous in the context of Nepal.

The majority of Nepalese people depend on agriculture for their livelihoods and has contributed about 32.6% of the nation’s GDP alone by the agricultural sector in the year 2015/16 (WB, 2016). In the year 2014/15, the average economic growth was confined to 0.77% where the agriculture sector growth rate was only 1.3% due to devastating earthquake and blockade by India (MoF, 2016). So the emphasis on large-scale production of black tomatoes is going to be a major positive impact on nations GDP too.