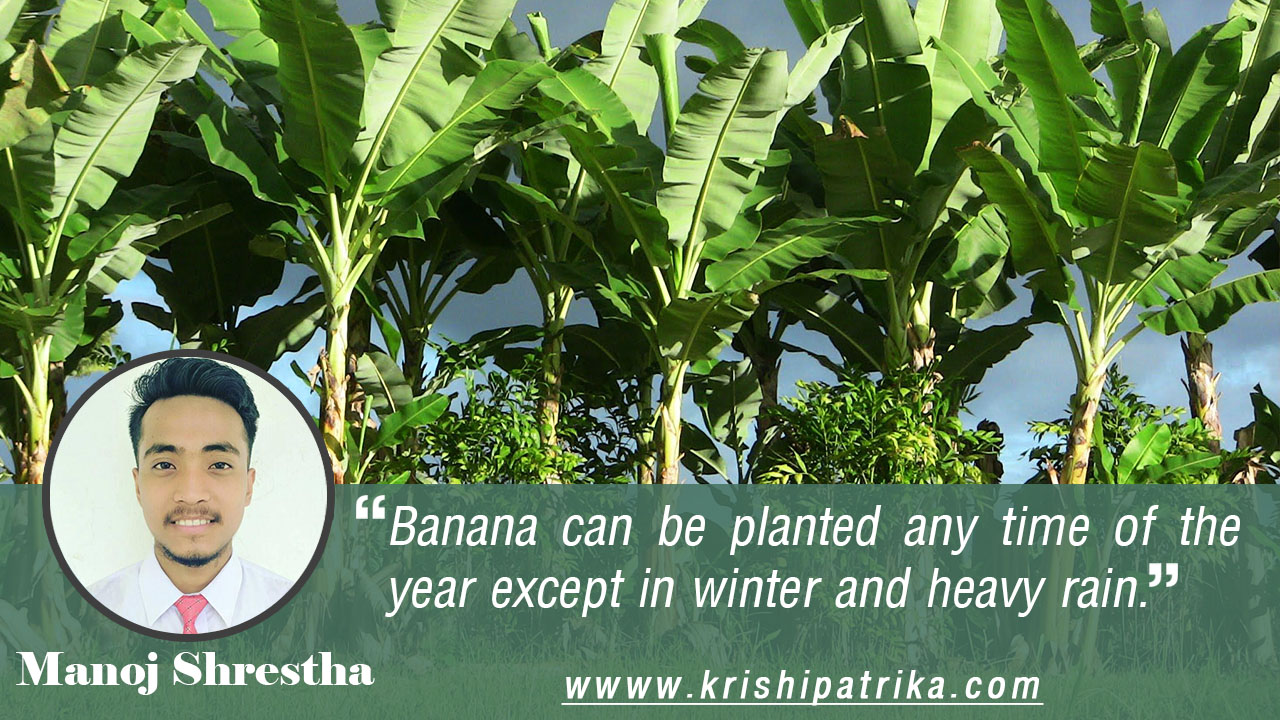 Banana is a monocotyledon, perennial, herbaceous succulent plant. Bananas are the world’s most productive fruit. Many research and publications show that the origin of banana is Malaysia but they are not sure about it. In Malaysia, the 1st commercial production of bananas was started. The scientific name of banana is Musa paradisicia. Banana has an Aerial pseudostem(a false one). and underground Rhizome( true Stem).In most cases, banana plants give fruit once in their life cycle, and then it will be like garbage.

Botany: a banana has a cymose type of inflorescence and flowers are borne in the cluster. In the initial stage, flowers are covered with bract called spathes, later they will drop down. The flower of banana is polygamous i.e. it has male, female and bisexual flowers. In the upper part of the inflorescence there will be female flowers, in the middle bisexual flower and at the end of the inflorescence male flowers are occurred. The ovary is superior to the banana flower. The fruit of a banana is called berry. Banana plants produce 60-70 leaves in their life cycle. The most commercially cultivated variety of bananas, Musa paradisiaca, is made by a cross between Musa acuminata and Musa bulbisiana. Acuminata is a desert banana which has a sweet taste and balbisiana is high in sugar.

1. According to the botany: 2. According to the cytogenetical prospect

In the world banana has two genera Ensete and Musa, in which Musa is widely cultivated genus of banana.ensete is the old genus, originated in Asia to Africa and it has 6-7 species. And it is grown as a food crop but Musa is generally cultivated as the fruit crop.

Some varieties of banana are given below: If the temperature goes above 39 degrees Celcius sun scorch in the leaves will happen. Incase of bananas there can be 4 types of suckers The best age of suckers for planting is 3-4 months.

Banana can be planted any time of the year except in winter and heavy rain. Generally, maximum planting is done in June-July month. For planting, there is like a formula that is very easy to remember

Plant distance should be

We can do weddings manually or chemically. Chemically by like diuron, simazine, etc.