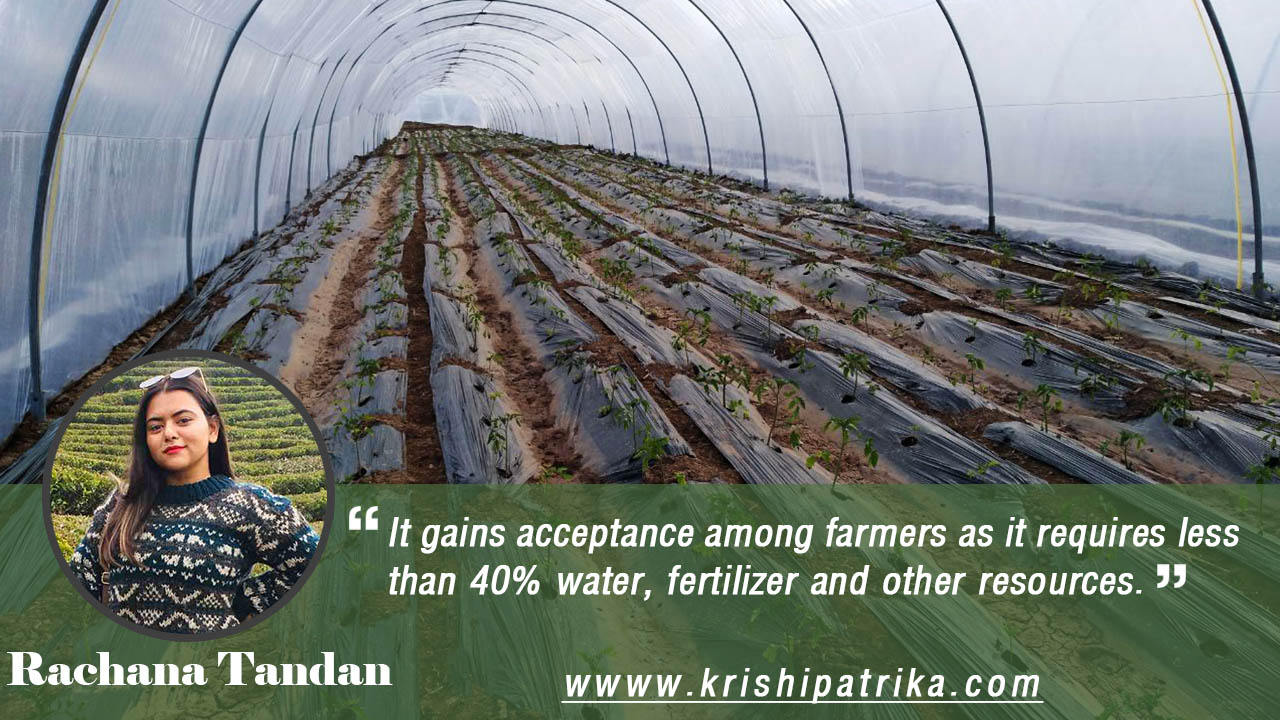 It can be defined as the growing out of season crops which are cultivated in a controlled atmosphere like heat, air, pressure, etc. inside the tunnels for protecting vegetables, fruits, small flowers both in summer and winter. It gains acceptance among farmers as it requires less than 40% water, fertilizer and other resources. In this farming the entire farming is covered by transparent polythene sheath fixed over D-shaped bamboo/steel / aluminium pipes. It is a widely accepted farming system in the context of Nepal. It is mainly done to produce off season vegetables and fruits. The use of transparent polythene in this farming is to pass the light inside the tunnel and the field is covered by black polythene which absorbs the heat through it. There are three types of tunnel farming. They are categorised as follows:

In tunnel farming it involves constructing a tunnel like a greenhouse. Certain shape is given for the construction of tunnel farming. D-shaped structure constructed through wood or steel or aluminium and is covered by transparent polythene through which light passes inside the tunnel for the better production of plants inside it.

Talking about method it can be studied in the following ways:

There are many vegetables suitable for this type of farming. They are:

In the context of Nepal, strawberry (Fragaria ananassa) is mostly cultivated sub-tropical fruit in tunnel farming.

This type of farming cost is estimated according to the type of tunnels.